Joris Bas Backer grew up in The Hague, Bucharest, New York and in an uninviting Dutch city called Oegstgeest. His work deals with the topics of longing, identity, gender dysphoria and gender roles. Since achieving his Bachelor of Fine Arts at the Gerrit Rietveld Academie in Amsterdam in 2003, Joris has lived in Berlin and works independently as an artist, comic artist and illustrator.

To find out a little more about his work, we asked Joris the following questions…

What inspires your work?
My work centres on themes like sexual identity, gender roles, youth culture, subculture, LGTBQ issues, family, social structures and social history. I aim to shed light on issues that are lesser-known, with a strong social focus and the intention of using the storytelling medium and the comic format as a way of making the complex understandable. My work almost always has a strong autobiographical reference. Even when I work on a history piece, I like to draw a parallel to my life or make myself visible as the narrator. A story I am inspired to tell will often be one I want to read myself and haven’t found as such. For example, when I experience something that I haven’t come across in what I have read up to now.
Tell us a bit about your writing/illustration process
In 2018 Familienjuwelen (Family Jewels) came out. It’s a collection of cartoons in which the artist Nettmann and me, alternate with stories of our life as the parents of our child. How it all started to what happened when one parent revealed their trans identity. Familienjuwelen started as a blog in 2012 when our kid was born. With those cartoons, I kept trying out new styles for years until they became consistent. Simultaneously, I worked on the story that became Kisses for Jet.
Share 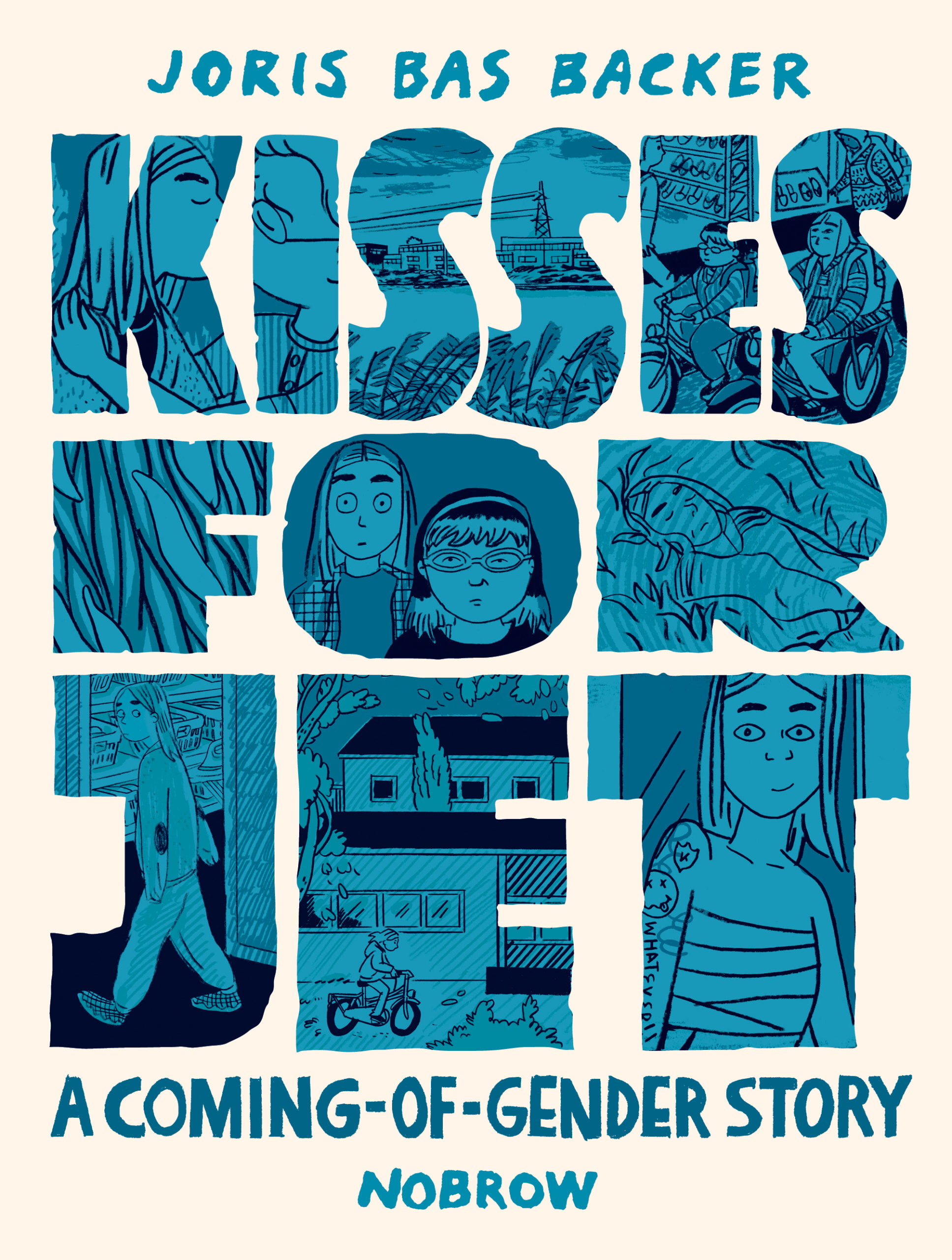