Nobrow at LA Festival of Books 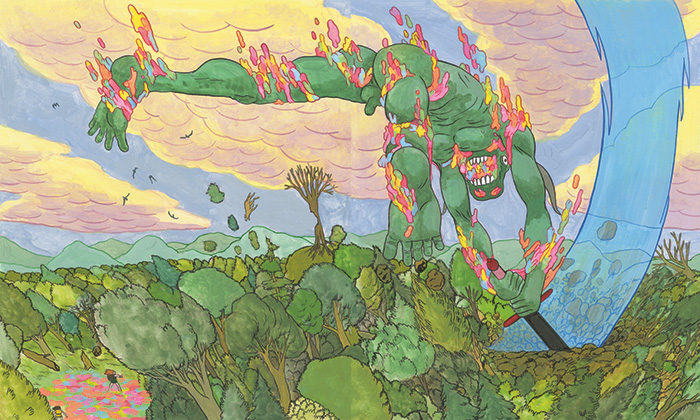 Forming fans rejoiced at the LA Festival of Books on Saturday 12th of April to find the outrageously talented and wonderfully funny Mister Moynihan behind Nobrow’s stand with Tucker Stone. The last few copies of Forming (first edition) were available for the first lucky few to arrive, while those that just missed out still had the chance to get their hands on some of Nobrow’s latest releases. The hugely popular Forming trilogy, serialised weekly on Jesse’s blog, was originally published in a weighty hardback edition in 2011 and we’re super excited to be publishing the second part of the three-part epic  this year! Keep you’re eyes peeled for this one, guys and gals, it’s set to be a corker.