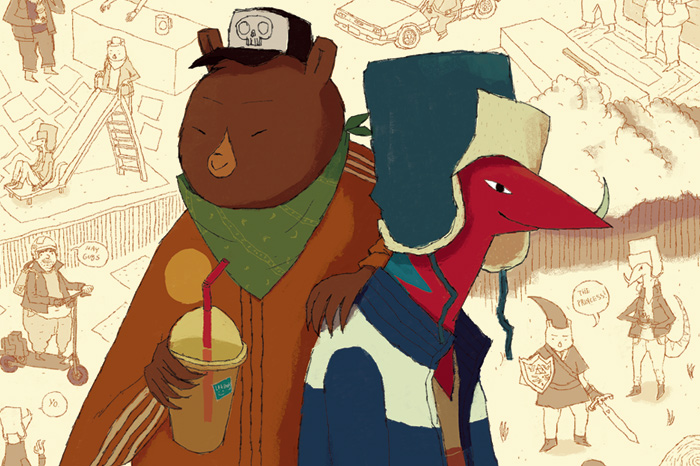 The first offering from what is sure to be a leading light in the UK comics scene in the coming years, The Adventures of Leeroy and Popo is a hilarious exploration of those awkward years trying to hook up with out of reach romantic interests and generally playing way to many video games. We’ve all… well most of us have been there… and Louis Roskosch delivers the first installment of the ongoing series with humour, wit, authenticity and flawless art. Leeroy and Popo (and Louis) are ones to watch out for, watch this space for updates in the coming weeks!