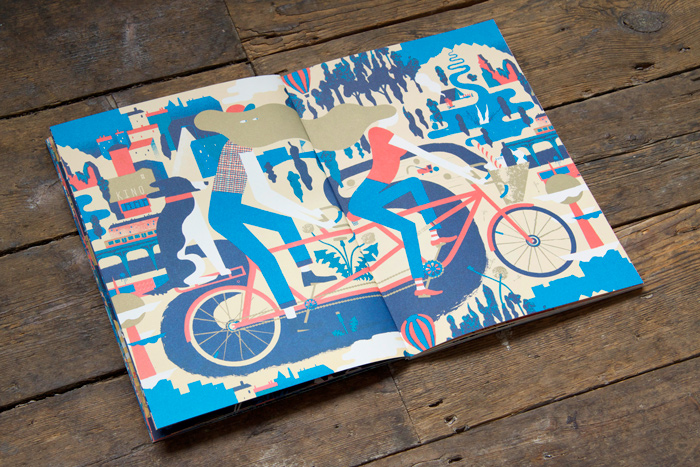 Doris Freigofas and Daniel Dolz are Golden Cosmos. The Berlin based couple have been producing beautiful hand-printed books and illustrations since graduating from The School Of Art In Berlin. Doris contributed a spread to Nobrow 3 and she returned to collaborate with Daniel on a spread for our latest magazine with the theme ‘a few of my favourite things‘.

We caught up with them to find out about their spread.

NB: Do you really ride a tandem?

GC: We used the tandem as a metaphor for being a team and acting in concert, having fun together and harmonising. We don’t actually own a tandem but we love cycling. We’d love to go on bike trips in the nature more often but our dog won’t run alongside, that’s why we strapped her on the luggage rack in our picture. 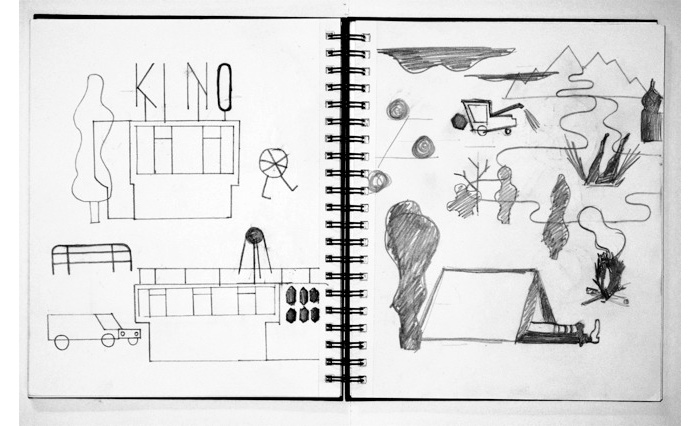 NB: How did your collaboration work?

GC: We developed the idea together. We talked about things we love and how we can tell a little story about them rather than just a list – it should be very personal but also open to interpretation.

After we knew what we wanted to do Daniel began with the tandem and then I put us and the dog on it and so step by step the picture grew. One is acting and the other one is reacting, it’s like playing ping-pong, actually. We can work like this quite well and we have been developing our style over the years together, influencing each other not just stilistically but also in ways of thinking and seeing things.

NB: Are you still collaborating with Sven Neitzel under the name Nepomuk?

GC: Nepomuk started as a spontaneous side project to University, it was an experiment and the chance for us to try out a lot of things and to find out an individual way of expressing things and organising projects independently. However after our graduation last year we all wanted to try new things since everyone’s focus redeployed. It just so happened that the three of us have pursued different directions and we all will concentrate on new projects in the future. Sven moved to Amsterdam where he got the opportunity to work at a renowned graphic-design agency called “Thonik”. And Daniel and me will work together on new illustration book projects which we will publish under GOLDEN COSMOS. To give a little sneak peek: our next book will be based on a novel from the early 19th century about a boy who sells his shadow to the devil… 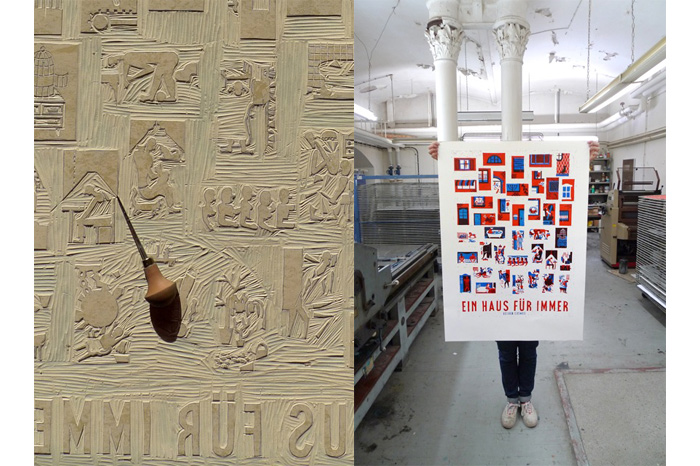 NB: How does being in Berlin influence your work?

GC: The German reunification was just 21 years ago and Berlin still has a lot to catch up on. The city is always in motion and much is changing. A lot of creatives from all over the world move to Berlin and that’s why we have a very vibrant and developing art scene. Compared to other european big cities the living expenses are pretty low which also has a positive effect on our work. So we can take the time we need to develop things in-depth and try a lot of things without always having to work profit-oriented. Especially in the summer Berlin is the nicest place and people are so relaxed that you sometimes get the feeling no one’s working at all and everyone’s enjoying life….The summer is coming and we look forward to it!!! 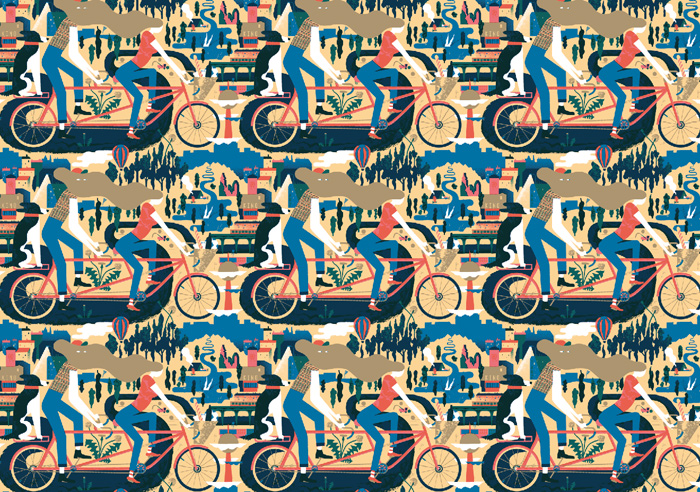