Get Smart About Sharks with Owen Davey! 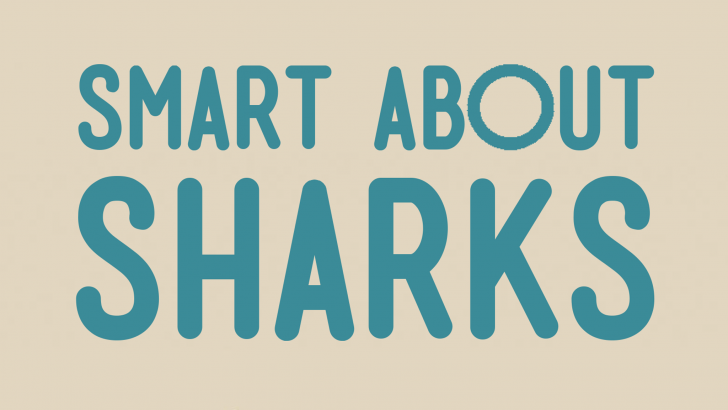 Did you know that sharks can detect electrical currents from other creatures? Or that some are covered in loads of tiny little tassels? Owen Davey demystifies these boneless fish in his beautiful new book, Smart About Sharks. This week is Shark Week, so to celebrate this and the release of his book, we asked our new shark expert, Owen Davey to share the favourite facts he learned putting it together! 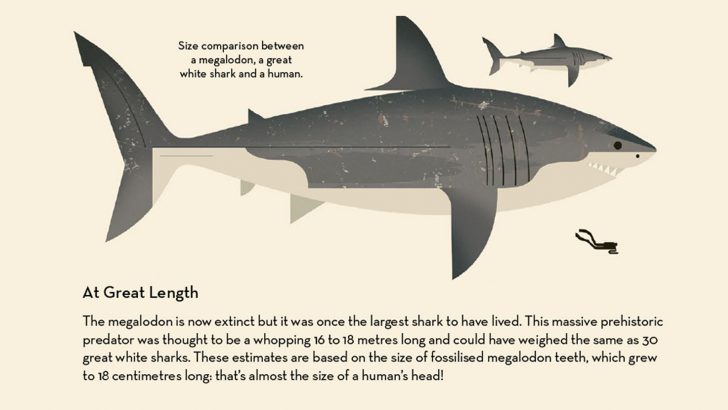 1. The largest shark to have ever lived (the Megalodon) is thought to have been 16-18 meters long and weighed the same as 30 Great White Sharks. 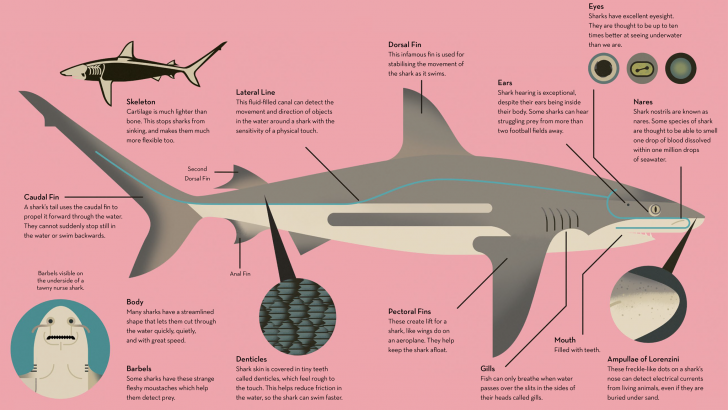 2. Sharks can detect heartbeats using their Ampullae of Lorenzini (freckle-like dots on a shark’s nose), 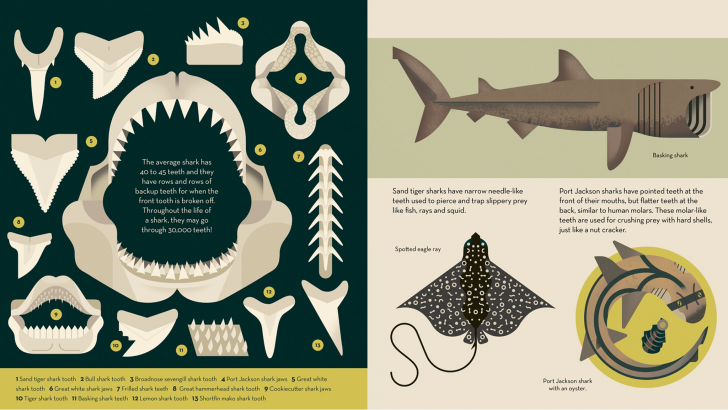 3. Sharks can’t chew. They have to swallow their prey whole, crush it, or bite chunks off. 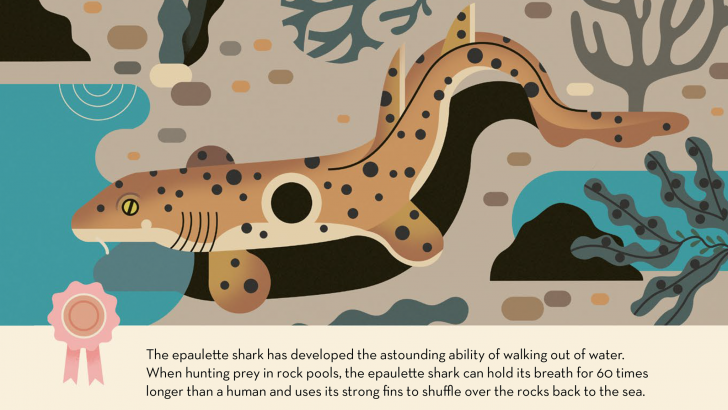 4. The Epaulette shark can actually walk on land using its fins. 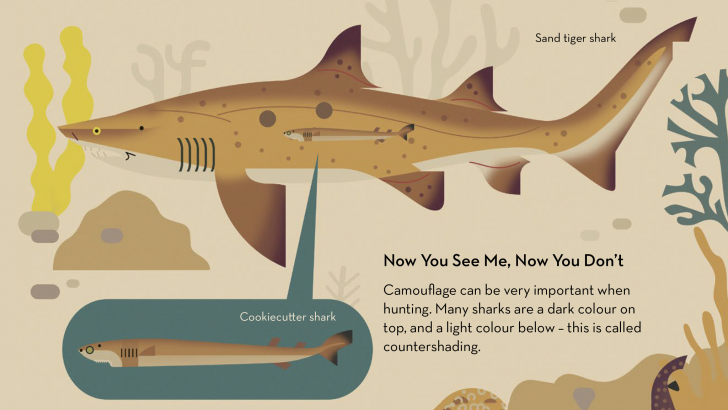 5. Sand tiger sharks gulp in air and store it in their stomachs so that they can float just above the ocean floor silently and sneak up on prey.

Dive right into this underwater world and grab a copy of the book here!