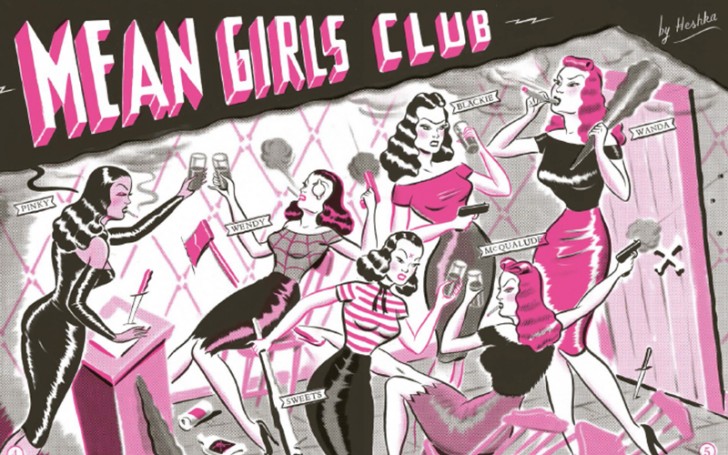 In the latest of our 17×23 series, Ryan Heshka sneaks us into a meeting of the Mean Girls Club as they pay tribute to the ghosts of their founders… but be warned, few eyes have ever witnessed a secret Mean Girls Club gathering and fewer yet have lived to see another day… With ceremonial insect venom transfusions and snake worships just the start these subversive sirens cause all kinds of mayhem as they seek out pure fear, intoxication, vice and adrenaline, sweeping like a cruel plague of pink and black.

Ryan Heshka is a Vancouver based, self-taught artist and illustrator. His childhood influences of antiquated comics, pin-ups, pulp magazines, sci-fi and movies persist today and his paintings are full of pop-culture references through the ages. Ryan primarily works in acrylic paint on wood panel and embellishes these images with magazine cuttings.

The Mean Girls Club 17×23 comic was the result of a really exciting project and we asked Ryan to talk us through the timeline from the first sketch to the Nobrow 17×23.

The first of the Mean Girls characters was conceived as a sketch book painting (“my brow”). It was just a throw away idea that I didn’t expect to go anywhere. 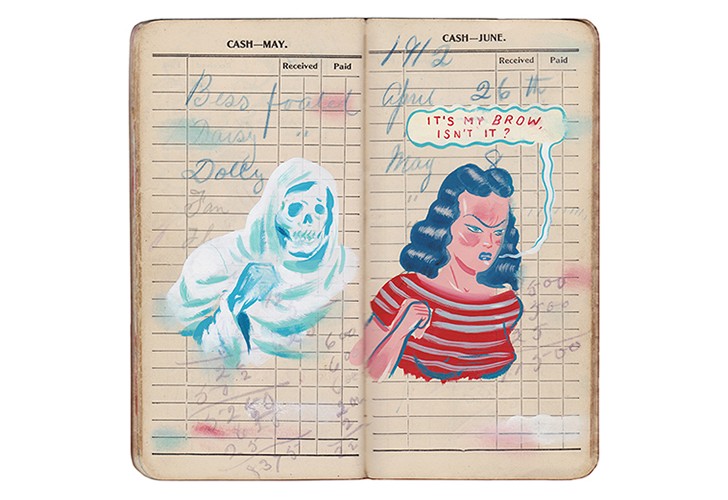 I later ended up coming back to that brow character and developed a bunch of other girls like her. I came up with the visual pun idea of a bunch of mean looking girls, brandishing clubs, that would be called “Mean Girls Club”

I had been in contact with the large advertising agency Weiden + Kennedy around summer 2013 and had heard that they do monthly artist shows in their vast lobby and gallery space, so I pitched the idea of a show to them.  Out of the need to fill the space with a unified, central idea that could take form of installation and multi media show, this Mean Girls Club idea evolved.  I had been wanting to make a risograph comiczine for some time, so I used that combined with MEAN GIRLS concept as the jumping point. 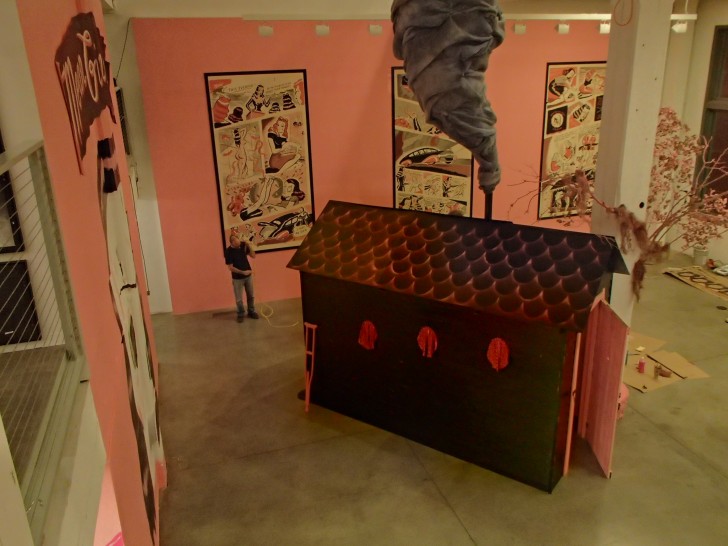 The MEAN GIRLS CLUB show, in July 2014, ended up as a multi faceted show, involving: 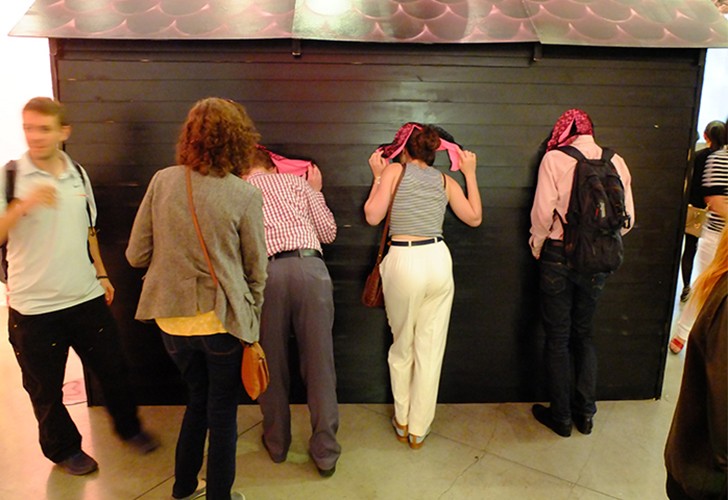 All of the prints and zines sold out within the first two weeks of the show’s opening.

The week after the show’s opening was the ICON illustration conference.  That’s where I met Sam from Nobrow, and put a copy of the comic into his hands.  The rest is history!

You can buy the final result of this incredible project now from the Nobrow shop. Get your own copy of Mean Girls Club and see what these sassy sisters are all about… if you dare!