Nick White studied Illustration at Kingston University, graduating in 2004. He currently lives and works in Stoke Newington, London and is signed to Heart Illustration Agency. Nick takes a huge amount of inspiration from his collection of found media. He has hundreds of books, magazines and leaflets found in charity shops, car boot sales and occasionally on ebay.

In 2009 we published Nick’s first book ‘People I’ve Never Met & Conversations I’ve Never Had’. We asked Nick to explain where in the hell he came up with such a bizarre book idea:

“I keep a small black book where I write notes and ideas for projects. It’s more a notebook than sketchbook not sure why that’s important but it is. Anyway I remember writing the title of my book along side other ideas like: ‘A kid on the tube eats spaghetti bolognese.’ And also ‘a book about the secret nourishment of Biscuits.’ It’s hard to remember why I didn’t go for these other ideas instead as they are all gold.”

Whilst talking all this through we came to the eventual conclusion that Nick was a genius (savant was also mentioned… but we stuck with genius in the end!). His working methods range from the conventionally methodical to the sublime and then the just plain ridiculous.

“I decided that although I had never met any of these people I was about to draw they would probably need names. Trawling through my collections of old magazines & journals I cut out names and words that appealed to me. I mixed them up to form new names and set about making the portraits.

Along with the collage of found imagery, I tend to use a mix of: gouache, acrylic ink, coloured pencil, pencil, felt tips & brush pens. When you get caught up in creating, say, a picture of a giant Ham, and look up to find you’ve been working for 8 hours solid it really is the greatest feeling.”

We were delighted with the end result of Nick’s labour and it’s pleasing to see it on sale in book shops to people we’ve never met (and to some we have met too). 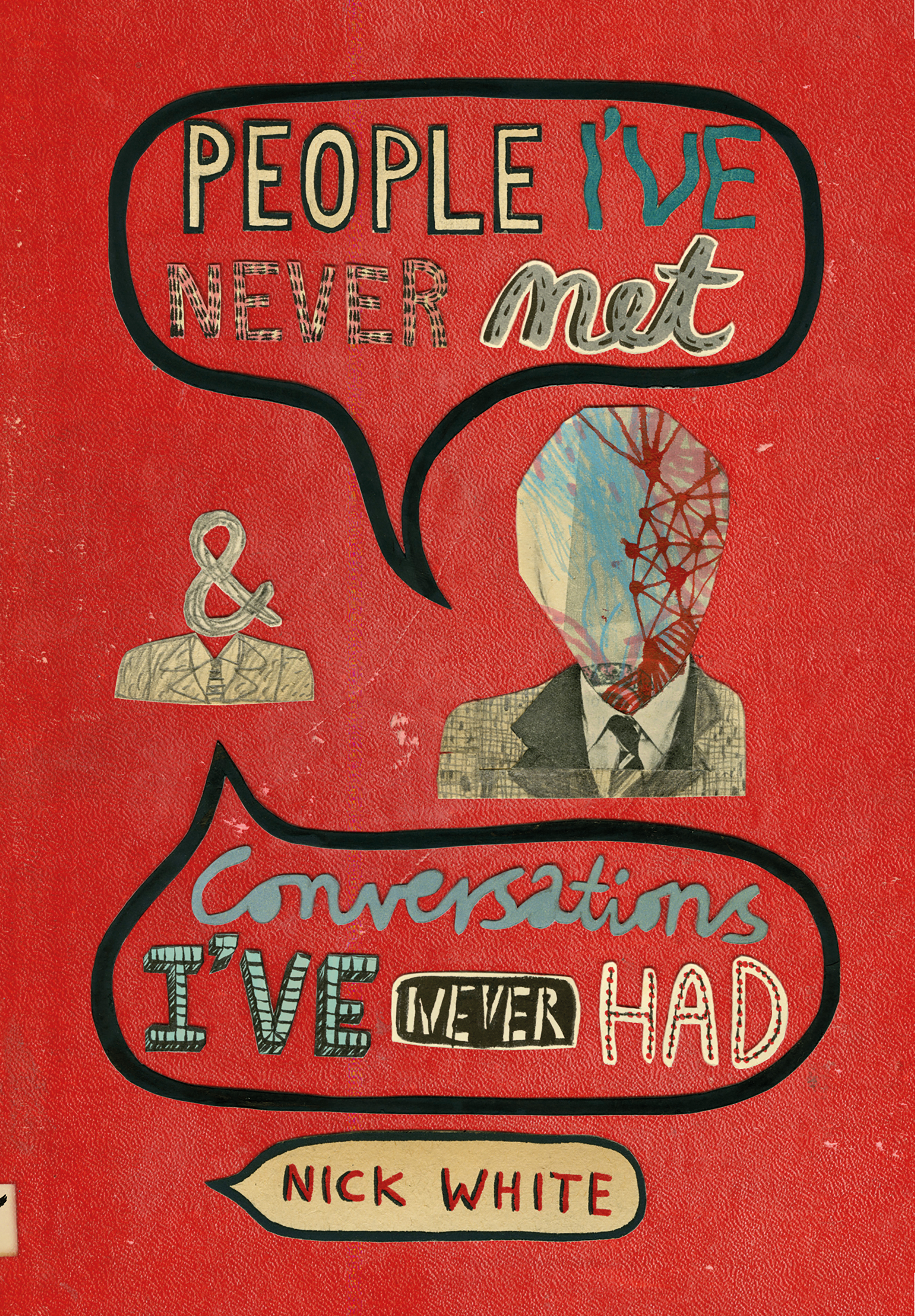