Bouncing off the Wall 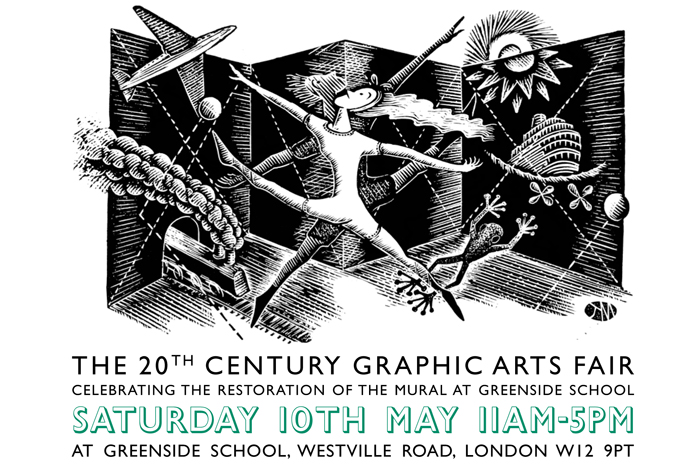 This Saturday, May 10th, Nobrow and Flying Eye Books will be in West London to support Friends of the Greenside Mural for a 20th Century Graphic Arts Fair. Bouncing off the Wall, organised in conjuction with Jennings Fine Art, is being held to support the restoration of a 1952 mural by Gordon Cullen at the Erno Goldfinger building at Greenside Primary School.  It should be fantastic day with a great variety of exhibitors and artists in attendance, including; Ian Beck, Mainstone Press, Starch Green, Sansom & Company, Phoenix Comic, there will be a launch of previously unavailable Ravillious wood engravings, a ribbon cutting ceremony for the unveiling of the Mural, screenings of a film featuring Alan Powers, a sale of limited edition letterpress posters, printing demonstrations by St. Brides Library and Maypole dancing (of course). We’ll also be there with author and illustrator William Grill who will be signing the few remaining copies of first-edition of Shackleton’s Journey. Come and join us celebrate the craftsmanship of 20th century print, typography and design.