An Interview with the Creators of Robert Moses: The Master Builder of New York City

The New York Times bestselling graphic novel, Robert Moses: The Master Builder of New York City is now available in paperback as of January 2018. With the constant barrage of seemingly sordid political news, name smearing, and broadening discussions around gentrification and the mistreatment of marginalized people, we took a minute to sit down with Olivier Balez and Pierre Christin, the creators of Robert Moses to find out why they decided that this controversial character had such an important story to tell. 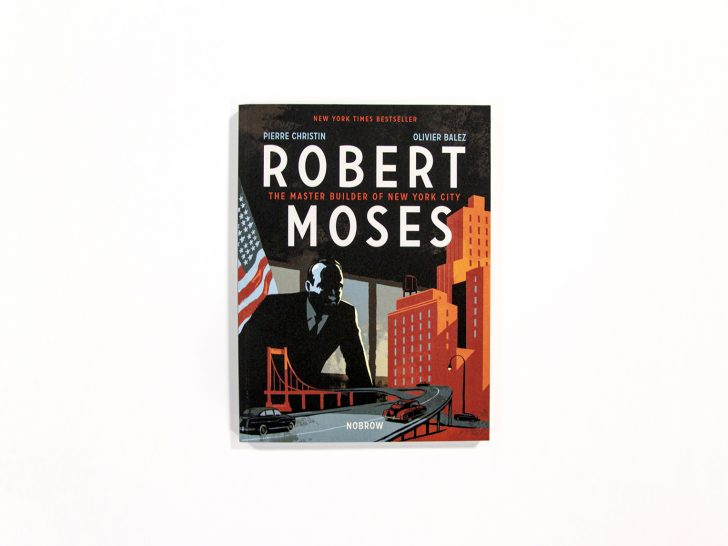 1. What inspired you to create this book about Robert Moses?

“Since my first visit to New York city in the sixties, I have walked extensively in Manhattan, Brooklyn, Queens, and Long Island. Slowly, I discovered that there were traces of Robert Moses practically everywhere. Later, I started doing a bit of research on this character, who is more or less unknown to a French person like me. Thanks to my daughter, then working on her Ph.D. at Princeton University, I read books and articles about him. I had already been researching urbanism for some of my novels, and comics, and Robert Moses appeared as such a formidable, visual, figure that I knew I had to do something about his life and I had to work with a graphic artist.”—Pierre Christin

2. In doing the research for Robert Moses: The Master Builder of New York City, what surprised you most about the life of Robert Moses?

“After a trip to New York, Pierre sent me a huge box full of books and pictures about Moses’s work and some books about Jane Jacobs too. This was very helpful because it was difficult to find good resources online. The swimming pools that Moses was responsible for were my favorite part to draw, and Jones beach for all of its lovely details, such as the signs and the bricks.”—Olivier Balez 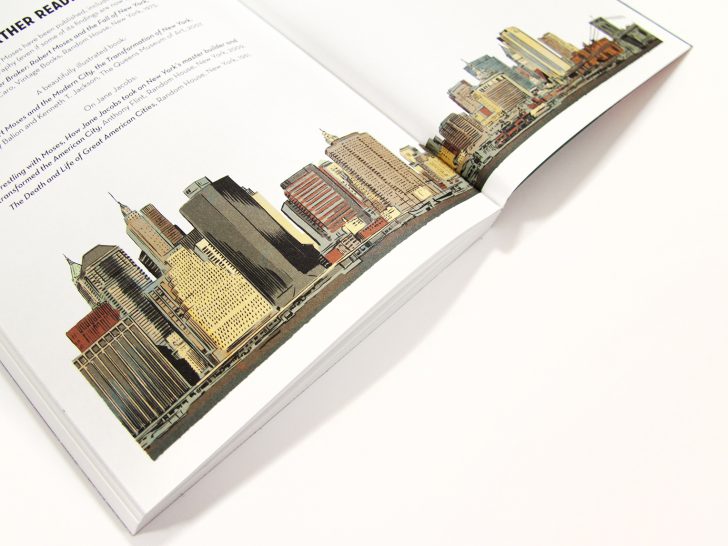 3. What research did you do in illustrating this book? Is there a particular Robert Moses project that you are most drawn to?

“I was surprised to discover that Moses was undoubtedly a man of power and money, but also an advocate of public service and a much wiser user of state investment than a regular capitalist. In this way, he was not far from another great figure of urbanism, the French Baron Haussmann, who totally remodelled Paris in the second half of the 19th century, a man Robert Moses admired. Both of them were rich and popular for many years, both of them ended up being rejected and with relatively little money in their later years. Romantic destinies, in a way.”—Olivier Balez

4. The illustrations in Robert Moses: The Master Builder of New York City beautifully capture life in New York. If you could describe the city in just a few words, what would they be?

5. Robert Moses as a character has been portrayed recently in the off Broadway musical Bulldozer, and in the Golden Globe Award winning The Marvelous Mrs. Maisel, which focuses on Jane Jacobs’ early protest movement against Robert Moses’ efforts to build a highway through Washington Square Park. Why do you think there is renewed interest in this powerful, intelligent character?

“It is only when I realized who Jane Jacobs was and what she did, that I felt I was ready to write the story I wanted. Because, instead of having only ONE hero—Robert Moses—and taking (even unconsciously) the risk of idealizing one man, I could portray TWO heroes. Moreover, these two characters were incredibly antagonistic to each other: man/woman, right/left, social elite/popular, modern/postmodern. A great theatrical couple both dramatic, and in some respects, funny.”—Pierre Christin 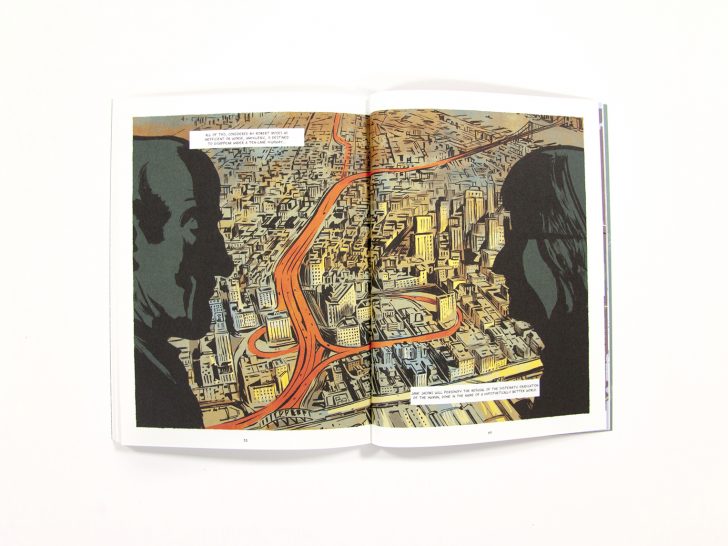 6. In addition to all of his city planning accomplishments, Robert Moses is also responsible for displacing a quarter of a million people, as you show in Robert Moses: The Master Builder of New York City. How do you think that could have been avoided?

“This was certainly not his greatest moment, and now we see that as the biggest failure and the worst aspect of post war urbanism. Unfortunately, the same disaster has occurred in most big cities and suburbs of the world. Even Communist countries, where there is little capitalistic pressure, do no better. However, there is no excuse for Moses’ actions.”—Pierre Christin

7. How do you think Robert Moses could serve as a cautionary tale to powerful men in the US and abroad today?

“Educated and logical people learn from the past. Illiterate and non-rational people despise the past and mostly ignore, or worse, manipulate history.

I do not think many present leaders are ready to analyse the successes and failures of Moses, or the intuitions and illusions of Jane Jacobs. But globally, it seems that the worst constructions and urban planners are behind us, with such giant errors of the second half of the past century.”—Pierre Christin

Robert Moses was a powerful, convincing man, and revisiting the story of his brilliance and flaws helps remind us of the kind of people that built up places that we find pride in as Americans, like New York City. It also reminds us of the great human cost that so often comes along with what we call progress. Check out the fact sheet below of details about Robert Moses that you may not know, and don’t forget to order your copy of Robert Moses: The Master Builder of New York City (now in paperback) at all good bookshops and the links below! 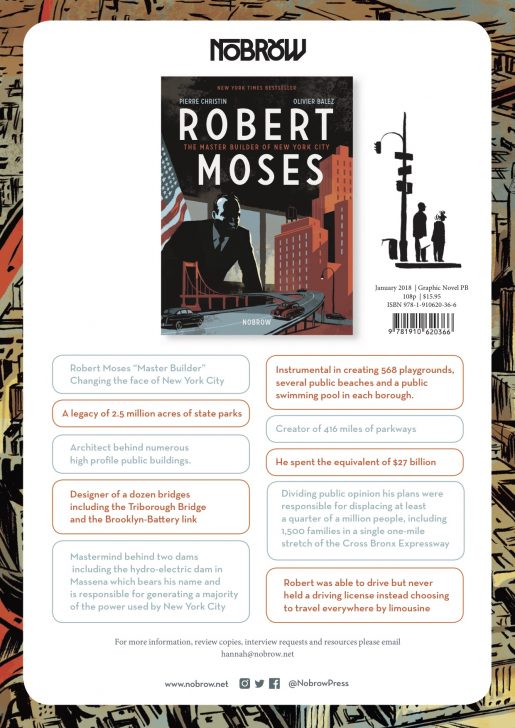