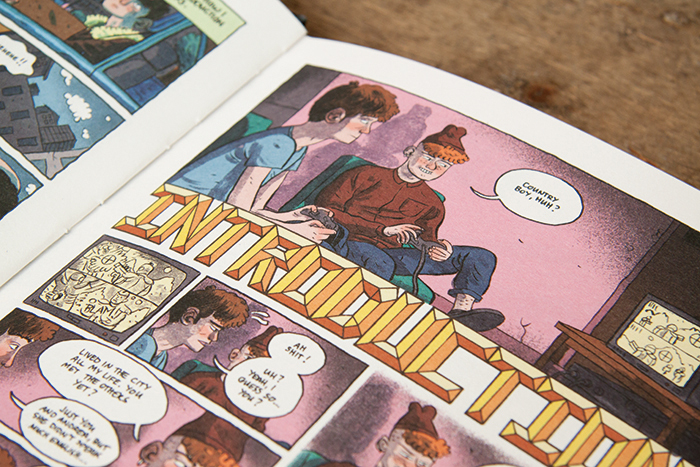 A week or so ago, the lovely folks at Nobrow whisked me off to France with them, for the annual Angoulême Festival de la BD, and what a time we had. I may have unfortunately missed a lot of the exhibitions, but in a festival as big and exciting as Angoulême it felt easy to get sidetracked. 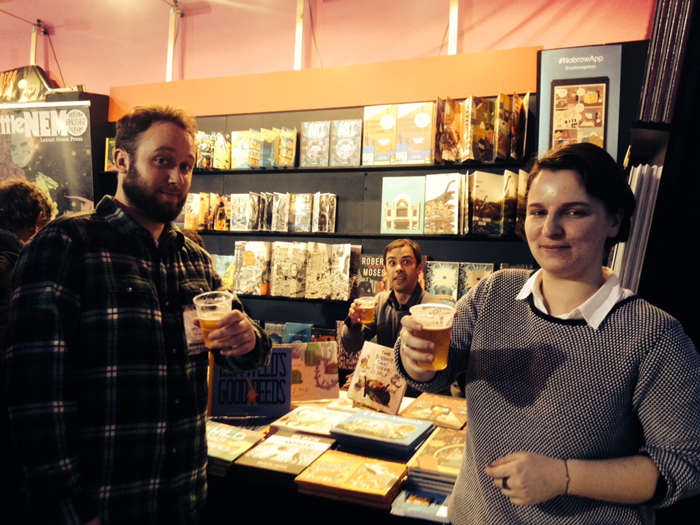 The festival was truly awesome – jam packed full of amazing talent, artwork and books I hadn’t heard of yet (which were usually in French, consequently making me regret not paying more attention to the language whilst at school – everyone says that, I know).

I met a lot of authors / artists / cartoonists / publishers (some for the first time) and managed to spend some time (even if brief) with a lot of people that I greatly admire, such as Nicolas André, Victor Hussenot, Stephen Collins, Tom Gauld, Luke Pearson, Simon Hanselmann, Karrie Fransman, Andrew Carl and Josh O’Neill.

On the Nobrow table, I signed copies of my graphic novel ‘Art Schooled’ alongside Nicholas André, author of ‘Beyond the Surface’ (a beautiful Leporello you should all check out) and Victor Hussenot, author of ‘The Spectators’ which I believe is being released this month, and it looks stunning.

Okay, so I figured I’d show some photos so I don’t blabber on too much. 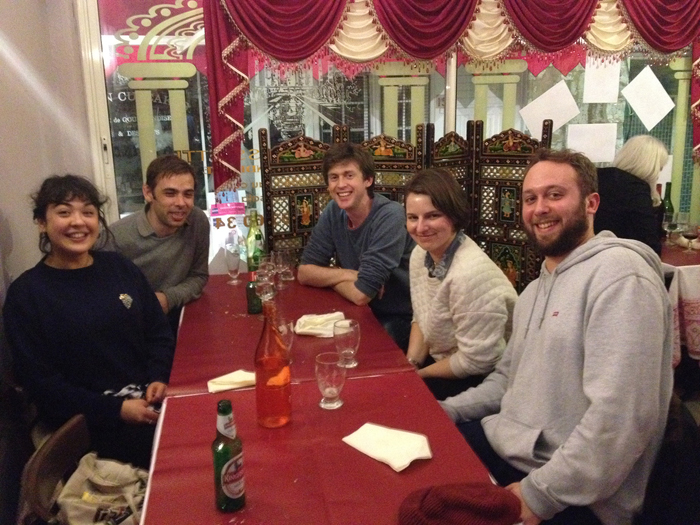 We went to a very nice indian restaurant on our first night (as you do when you’re in France). I think it started raining that evening and continued consistently for AT LEAST 48 hours. 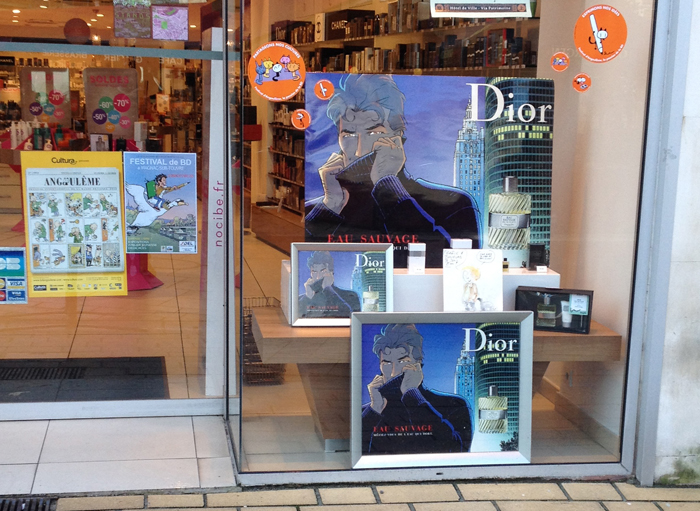 Whenever I’ve been to France I’m always amazed at how prominently bande dessinée (comics) are a part of mainstream culture. Check out the above photo I took of a Dior perfume advert with some comic book modelling going on – I can’t imagine that in the UK. 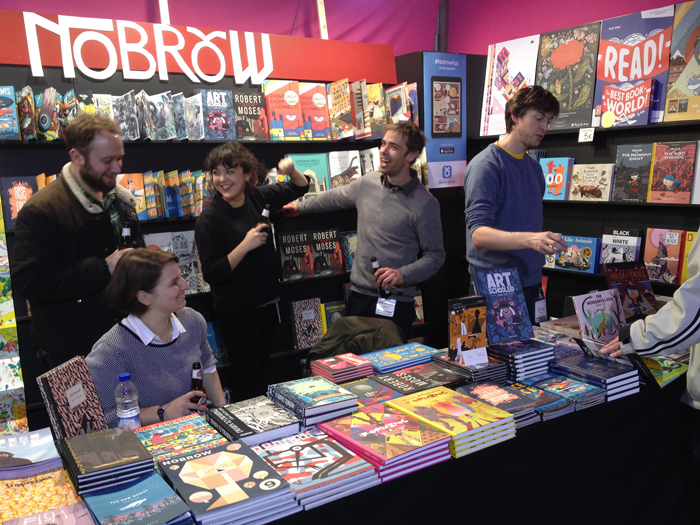 The festival was huge and spread over the whole town; the Nobrow stall was in the massive Nouveau Monde Tent, which was vast and full of French and international publishers, both big and small. The hall with the big french publishers was Le Monde des Bulles tent and I really enjoyed the unofficial Foff hall, which was where a lot of self-published artists and small-press publishers were selling their works.

There were so many amazing books to buy, but sadly, you cant buy them all! Anyway here’s my selection of books purchased at Angoulême (notice my extremely fashionable duvet cover). 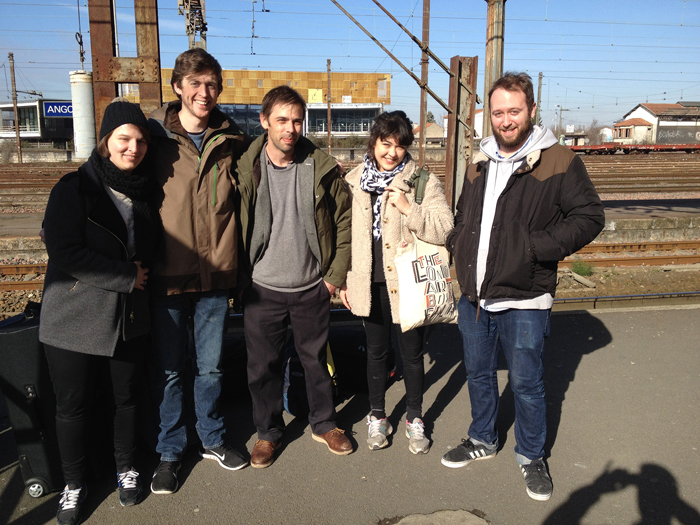 All in all, the trip was really great – great comics, great food, great wine, great company. A big thanks to the amazing Nobrow Crew (from left to right on the photo) – Camille, Sam, Harry and Angela.