John Martz is a cartoonist and illustrator in Toronto, Canada. He is the creator of the wordless online comic strip Machine Gum, and the illustrator of several picture books including an adaptation of Abbott & Costello’s Who’s On First? In addition to his contribution to Nobrow 6, his comics and illustrations have appeared in The Globe & Mail, MAD Magazine, Maisonneuve, Canadian Notes & Queries, and kuš! He was a founding editor of the illustration blog drawn.ca and makes up one quarter of the jam comics collective Team Society League. He won the 2013 Ignatz Award for Outstanding Story for his comic book Gold Star.

It differs from project to project, but I usually have two sketchbooks going at the same time — one is always something relatively cheap that I can use for rough notes, thumbnails, and messy, un-precious doodling and brainstorming. I keep a nicer, second sketchbook for pure drawing and experimentation with different types of inks and paints and other media. My stories usually start with a single image or premise that acts as a seed for the rest of the story. I’ll use my sketchbooks to explore different scenarios and imagery. With Destination X, as the story began to come together, I thumbnailed pages on small individual pieces of paper which I could physically move around and re-sequence. Rough drawings are drawn with either a simple mechanical pencil, or a blue pencil on cheap copier paper, or in Photoshop on a Wacom Cintiq, and then printed out. I ink the final art onto bristol board using a lightbox. Much of my commercial work is completely digital, and drawn directly in Photoshop. 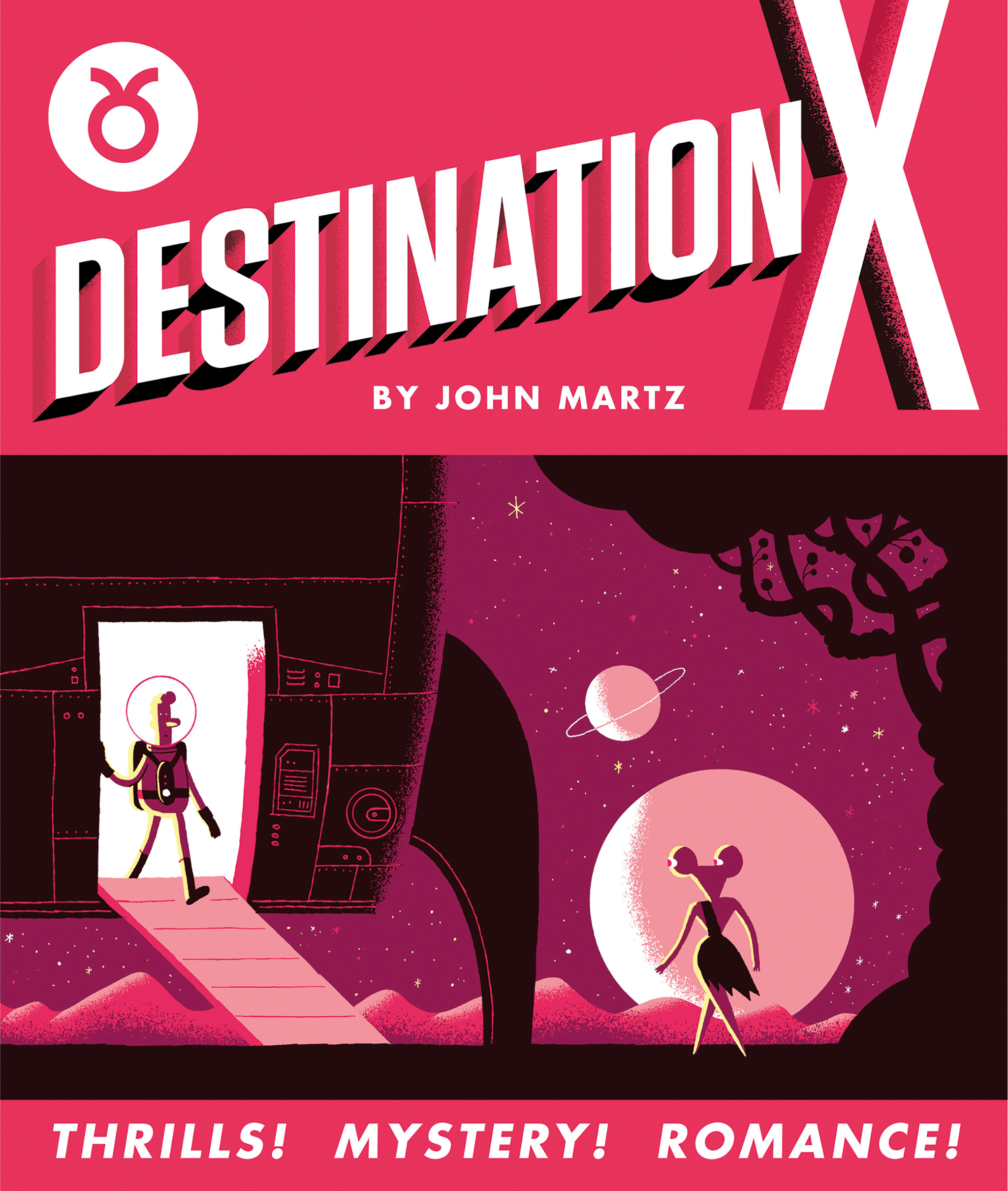