We are very excited to announce the impending release of Quodlibet: A Q-rated Encyclopaedia by Katia Spitzer and Sebastian Gievert on the 22nd of October and will be available for preorder from the beginning of the month with an exclusive, free A2 poster, limited to 500 copies, pictured below. We are holding a launch party for the book at the fantastic and aptly named Book Club on Leonard street, which is actually a bar. The PV will kick off at 6.00 pm come early to get your signed copies and what’s left of the free promotional posters worth £5! Here is a bit of info about the book from our press release.

Inspired by the late, great Georges Perec, who is famous for writing a book whose sole subject was the letter ‘E’, illustrator Katja Spitzer and freelance writer Sebastian Gievert have teamed up to tackle that most quandarous of letters, the letter Q. When asked about her motivations for Quodlibet, Katja explains that in the German language, as in English, Q is a rather peculiar letter. One of the rarest in the German language, Q is only given a fleeting position in theBrockhaus Lexicon (an equivalent to our Encyclopaedia Britanica), a mere 45 pages of ‘Q’ words falling somewhere between a volume entitled PES – RAC, in spite of granting an individual volume to every other letter in the alphabet. Feeling that the letter was given undue negligence, Katja took it upon herself to create the missing ‘Q’ volume of the lexicon and thus ‘Quodlibet’ was born. Translated from the German, with several additional passages for Q letters in the original text that don’t have direct English language counterparts, Quodlibet covers everything from famous Grindhouse movie directors, to obscure 18th century dances, to nature’s marvels and ancient chinese mythological beasts, each illustrated with mastery in four unique spot colours. 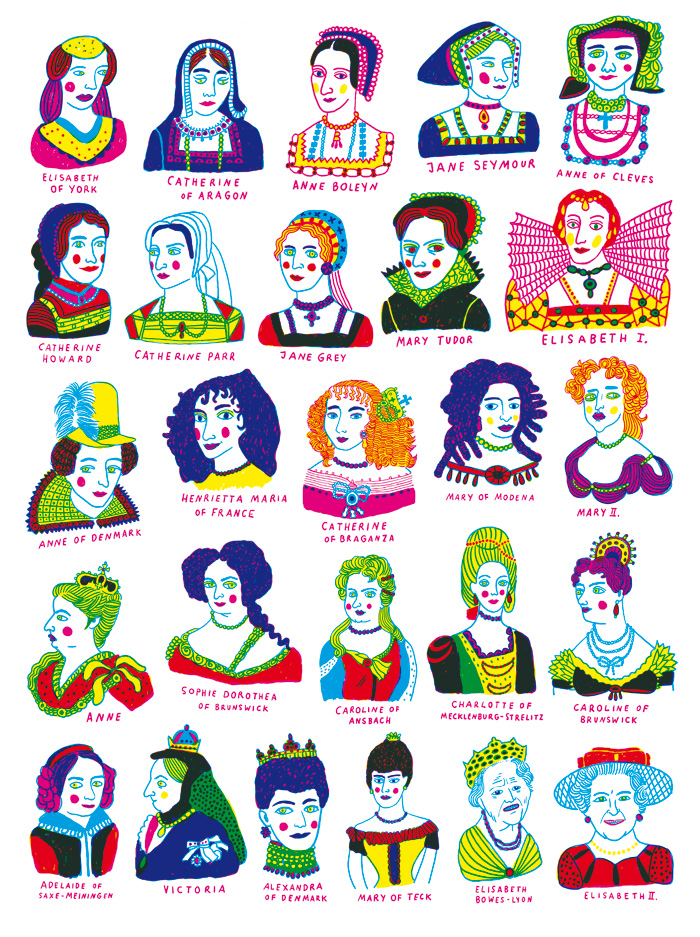