Kenard Pak grew up in Maryland, USA and studied at Syracuse University and California Institute of the Art. He now lives and works in San Francisco in the feature animation business. He has worked on many films as a Visual Development Artist for Dreamworks Animation and Walt Disney Animation on films including Peabody and Sherman and the Madagascar movies.. His illustration works mostly with the themes of nature, time and memory and the majority of his work is a mix of digital and watercolour and pencil. He has featured in Ammo Magazine, 3×3, Linea Curve and Nobrow. The Dinner that Cooked Itself for Flying Eye Books is his second children’s book, the first, Have you Heard the Nesting Bird?, written by Rita Gray and published in April 2014 by HMH, formed part of the 2014 Society of Illustrators Original Art Show in NYC. He has also exhibited artwork at Gallery Nucleus in Alhambra, CA. He has illustrated a second book for HMH called Flowers are Calling and is currently writing and illustrating the first of two seasonal books for Henry Holt.

To find out a little more about his work, we asked Kenard to answer the following questions:

Memories of nature, friends, family and random quiet moments inspire me. The work of fellow illustrators is always inspiring and artists like M. Sasek, Richard Scarry, Roger Duvoisin and Adrienne Adams. Andrew Wyeth and Richard Bunkall are also important inspirations. And my wife.

I start with very loose sketches that I sometimes abandon. My ideas are in a constant state of flux that blossom and crystallise into manageable states. Something nice eventually emerges through the hard work. My artwork is a mix of watercolour and pencil, with Photoshop. 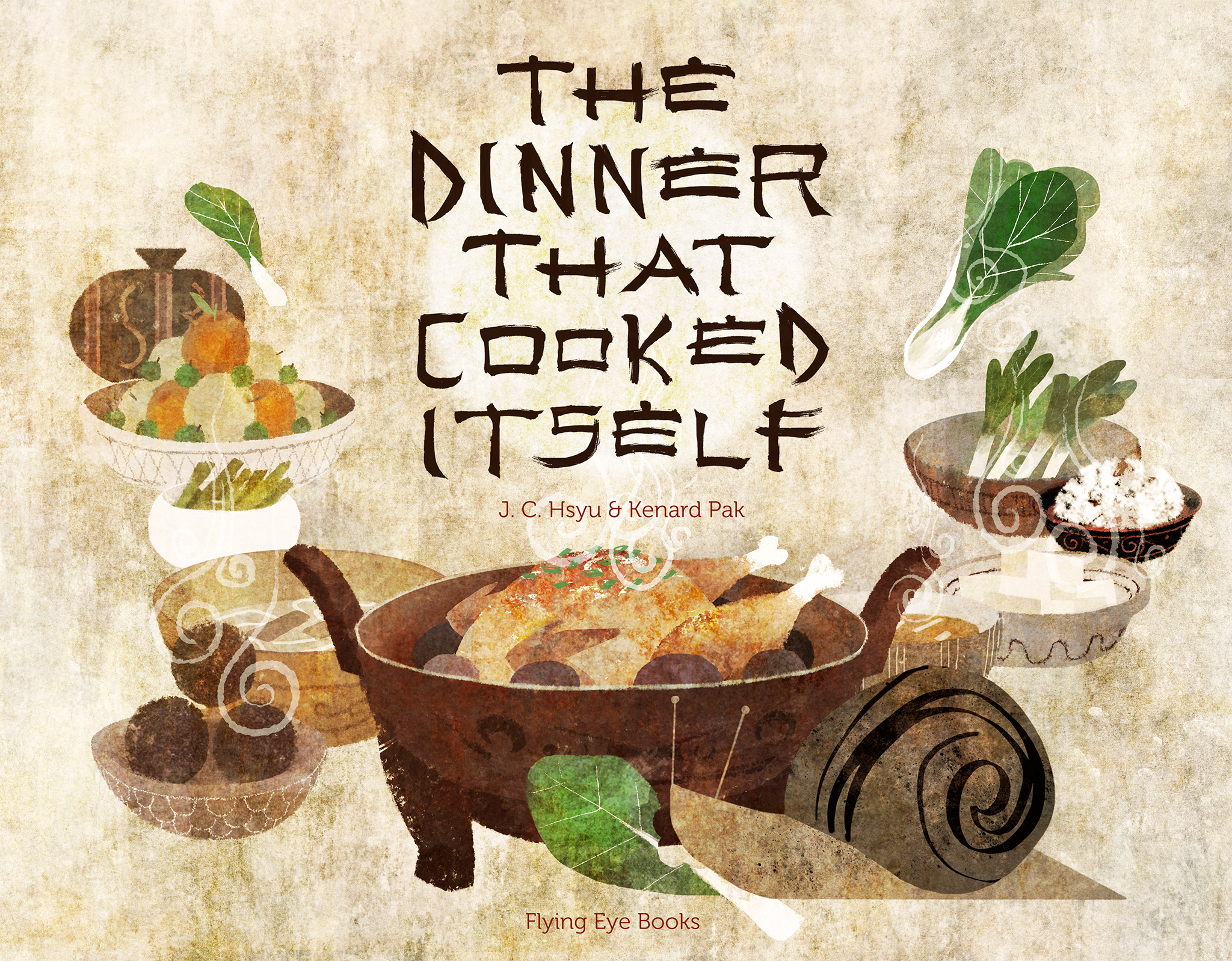 The Dinner That Cooked Itself