Gaia Bordicchia grew up on the Sardinian coast, surrounded by the rich natural environment where she spent her childhood on the beach, swimming, snorkelling, exploring the nearby caves and playing in the olive trees. Originally expected to become an engineer or architect, a chance conversation with an art teacher on a foreign exchange trip to Colorado led Gaia to pursue a career in illustration, which she studied at the IED (European Institute of Design). Gaia has spent many years illustrating for wildlife magazines, character design and children’s picture books.

To find out a little more about her work, we asked Gaia the following questions…

What inspires your work?
The outdoors, books and people. Old black/white movies always make me want to pick up a pencil and sometimes if I work until late on a deadline, I play a dvd in the background and I listen to the dialogues, like a podcast. I stop and watch only my favorite scenes. My son and his friends are also a great source of inspiration and I have the awful habit of evesdropping on their conversations: they have the best ideas and hilarious jokes. Most of all, I’m inspired by memories of my childhood and my family.

Tell us a bit about your process…
I work in slightly different ways, depending on the project, but I always try not to be too attached to the first composition that comes to my mind. On the Atlas I started with photo references, as it would have been impossible without them. Though it’s important to use photographs wisely to create an illustration that adds to them, instead of just being a copy. So for each animal I had several
photos, showing elements I combined in the final drawing. When I work on children’s books or when I work traditionally, I always start from sketches instead. I let the characters take different shapes before I can choose the look I want.
Schedules often don’t allow me to play with techniques, but it’s very important for me to find a balance between traditional art and time at the computer. I’ve always been a rather slow illustrator so breaking the work into smaller segments and alternating between traditional and digital not only keeps me interested, but is a healthier work routine. 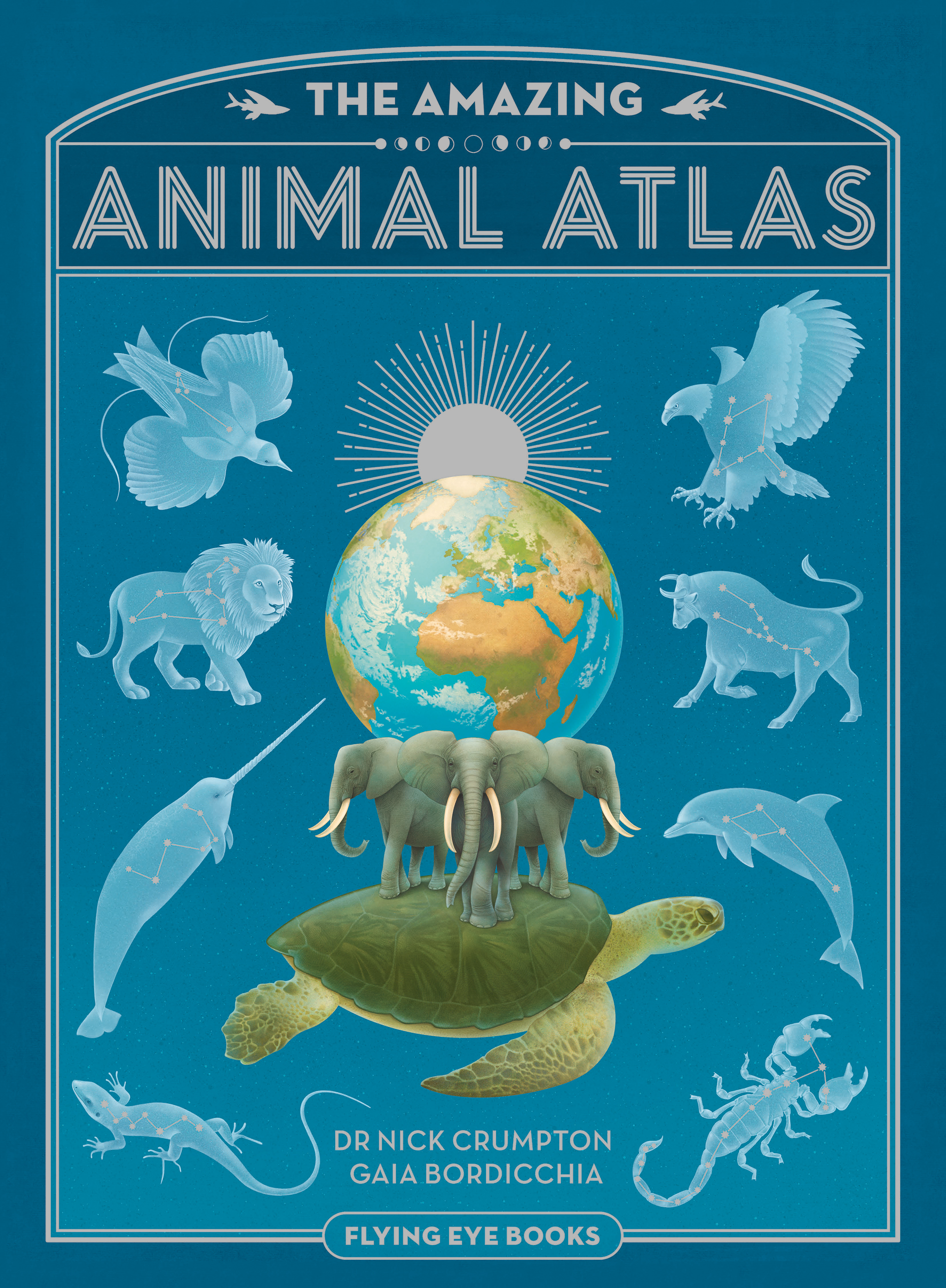