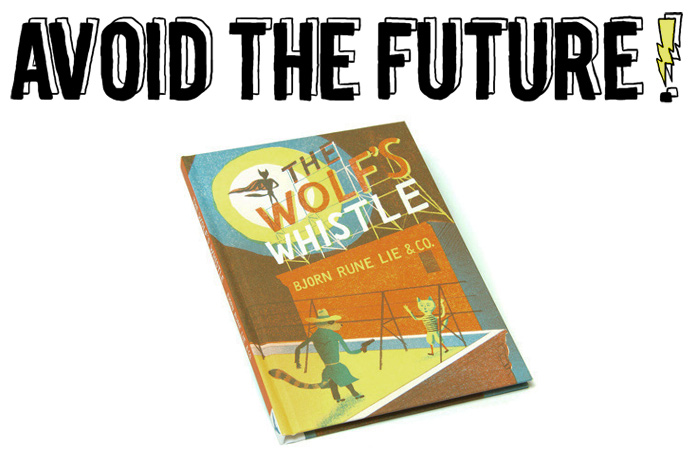 The Wolf’s Whistle isn’t so much of a wolf in sheep’s clothing, as it is a wolf adorned with an amazing Technicolor dreamcoat. Artist/writer Bjorn Rune Lie eviscerates the well-known Three Little Pigs fable and stuffs it with a tasty mix of crime-thriller and costumed-vigilantism in this genre-blurring, half-comic, half-storybook prequel. If that wasn’t the most unnecessarily grotesque introduction to a review of a children’s book ever, I don’t know what is.

To start with, the book emits a mysterious air. Its handsome, pulp noir-inspired cover gives readers some gentle clues about what to expect inside. The back-lit silhouette of a costumed, anthropomorphic, wolf-eared hero looking down on the scene of a crime is more of a visual leitmotif than an accurate portrayal of its contents. Ostensibly functioning as an origin story of the costumed-vigilante known as The Lone Wolf, it actually provides an alternative back-story to the infamous incident between The Big Bad Wolf and the three fraternal pigs.

An inversion of the standard lupine/swine dynamic, it turns out that Big Bad—here known as simply Albert—is not so bad at all. Rather, he’s a mild-mannered janitor working for a comic book company, dreaming of being able to create his own comic book some day. He and his childhood friends—collectively, “The Fearless Four”, a homage to historical bigot Enid Blyton’s Famous Five—live in an old house on the corner of Dead End Street and Porkobelly Avenue. Illustrating the book’s unique balance between light-hearted whimsy and darkness, Albert’s imperfect but happy life is suddenly torn apart as his home, and his friends, are taken from him in an act of arson. The culprits? None other than Albert’s malevolent Mafioso landlords, the three Honeyroast brothers. I don’t think I need to tell you which species they belong to. 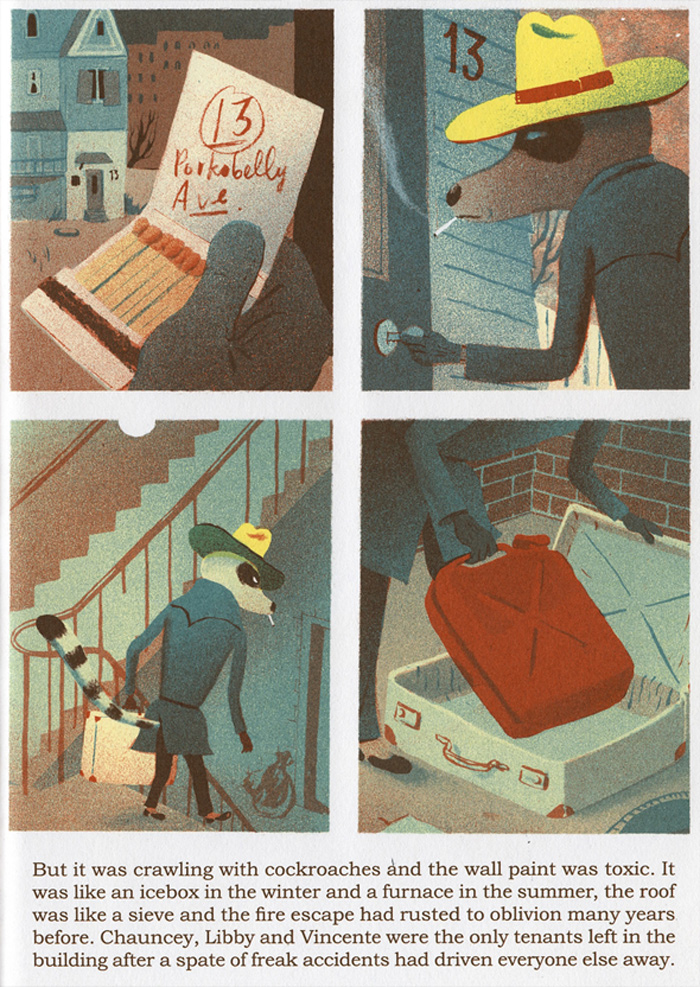 My favourite page, exhibiting the fusion between comic and storybook formats. The sequential nature of the panels allows for subtle and nuanced storytelling, with the prose anchoring and enhancing it.

Retroactively rationalising the actions of supposedly evil characters from classic stories is now an established trope, with even the mighty Mario and Donkey Kong unable to escape the gravity of its cultural tractor-beam. In fact, just last year, J.D. Arnold and Richard Koslowski’s graphic novel—B.B. Wolf and the Three LPs—utilised the same technique (very differently) to a positive critical response. Unlike B.B. Wolf’s tragic Delta Blues-Driven narrative, The Wolf’s Whistle’s chief appeal is its subtle manipulation of genre archetypes and the standard construction of comics and illustrated stories. In sewing together his story from mismatched pelts, Bjorn Rune Lie has created a book that will work on many different levels for many different audiences. Children will marvel at the joyful art, fun characters, and general weird and wonderful nature of the whole thing. Pretentious, stuffy adults like me will find reward in recognising its references and the way in which it expertly combines sequential images and charismatic prose. 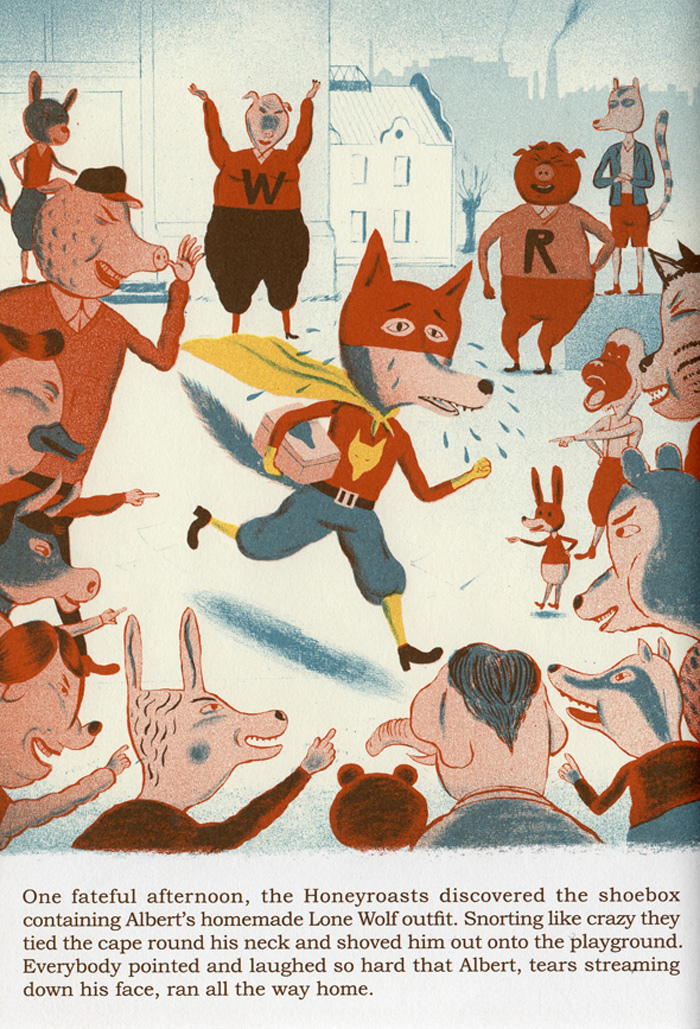 It’s an immensely compelling read, but as a consequence, perhaps one that ends a little too soon. Due to the nature of being a prequel, the story ends before Albert gets a chance to take his revenge, and it’s difficult not to crave more of Bjorn Rune Lie’s irresistible characters and world. I can’t escape the thought that’s exactly the point though, as by establishing the motive which informs the Wolf’s actions against the Three Little Pigs, the onus—and power—is given to the reader to re-imagine the original tale from a new perspective. Still though, I wouldn’t half mind an official sequel.