We were delighted to hear a few weeks ago that we have been invited back to Pick Me Up: Contemporary Graphic Art Fair at Somerset House. Last year was a roaring success for us and many of the artists, collectives and studios that joined, giving us all the opportunity to peddle and promote our wares to the wonderful people of London. The fair runs from the 17 – 27 March 2011 at Somerset House, the opening night on the 17th will serve as a launch event for our fifth eponymous issue Nobrow 5: A Few of my Favourite Things so don’t miss out, be there!

On the penultimate thursday of February we will be launching our next exhibition Four Hats an exhibition of work by artist and designer Matt Cruickshank. The show will feature prominent works from his varied stylistic repertoire, hence the name. Sketches, paintings, sculptures and digital work come together in bold and vivid colours to present a unique talent that you will kick yourself for not having seen yet, and END_OF_DOCUMENT_TOKEN_TO_BE_REPLACED

A few months ago we asked Belgian illustrator superstar Jan Van Der Veken to create a cutaway image of a Nobrow Creative Factory loosely based on our present set up (creative upstairs/workshop downstairs). Now it is clear that we have fluffed in some extra floors and equipment (especially the Heidelberg Press) that we certainly don’t have, but we need to set our goals high right? We will be running a competition soon to get your hands on a free copy of the A2 poster, which is otherwise being distributed exclusively to Nobrow stockists, sales and marketing contacts. But hey, its too beautiful to be cooped up… more details on the competition to follow soon.

We have just received the final Angouleme poster design from the eminently talented Luke Pearson and we couldn’t be more excited. The festival runs from the 27th – 30th January 2011 and will feature lectures and workshops from some of the worlds greatest comic book artists and graphic novelists as well as exhibitions and stalls from some of the world’s leading comics publishers.

In line with our New Year’s resolution to keep you better informed, we caught up with illustrator and comic book artist Jesse Moynihan to ask him a bit about his work and process as well as to better acquaint you with the talented artist in the run up to the Nobrow release of Forming. Forming as a web comic has been making waves since its inception two years ago, enrapturing its followers with Jesse’s near daily additions to what has now become a tale of epic proportions. In June 2011 it will finally grace the pages of a volume worthy of its contents as Nobrow releases the first part of Jesse Moynihan’s epic trilogy, Forming: Vol 1. Here’s what he had to say for himself (AS: Alex Spiro, JM: Jesse Moynihan): END_OF_DOCUMENT_TOKEN_TO_BE_REPLACED

At the end of this month, NoBrow will be making a trip to the beautiful French countryside town of Angouleme for what is largely considered to be one of, if not the most important, comics festival in Europe Le Festival International de Bande Dessinée. The festival will run from the 27th – 30th January 2011 and will feature lectures and workshops from some of the worlds greatest comic book artists and graphic novelists as well as exhibitions and stalls from some of the world’s leading comics publishers.

(Above: Luke Pearson’s thumbs for our promo poster for the event, final poster will be posted online later this week.) 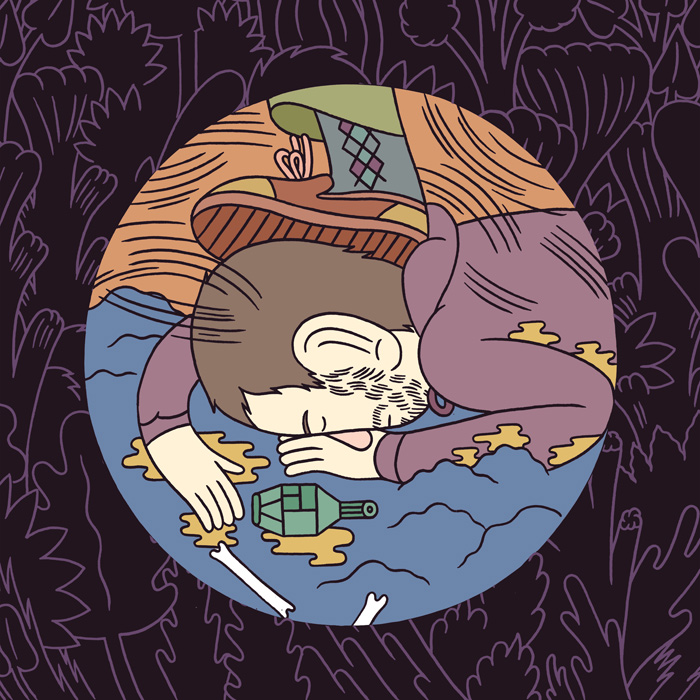 We have just added a brand new artist profile – the brilliant and prolific Jon Boam. For Nobrow he has been involved in a number of projects including Nobrow 2, Dooom 3.0 exhibition & related prints, A Graphic Cosmogony & Colour me Menagerie.